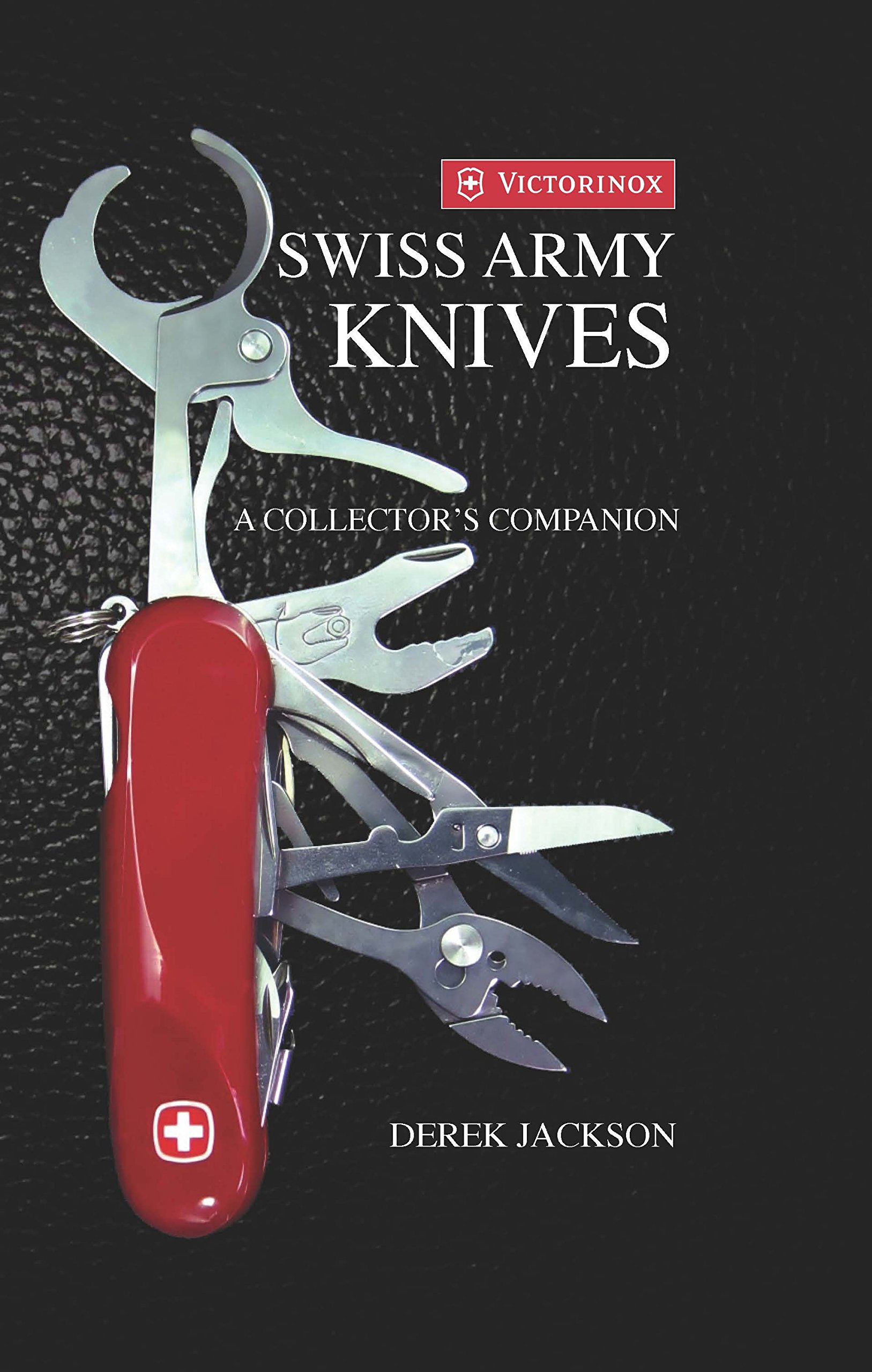 Swiss Army Knives is the comprehensive guide for Swiss Army Knives no collector should live without. This fascinating, colorfully illustrated book is a celebration of one of the great icons of Swiss culture.

Swiss Army Knives catalogs each gadget, beginning with the simple Soldier’s knife, later developed into the Student Knife, the Cadet Knife, and Farmer’s Knife. Each model is accompanied with a narrative. For example, the Soldier’s knife was heavy, which led developers to create the lighter Officer’s knife, with an added second blade and a corkscrew. The book includes hundreds of illustrated examples of Swiss Army Knives and anecdotes from military personnel and other owners and a comprehensive model identification system, for the dedicated collectors.

This fascinating, colorfully illustrated celebration of one of the great icons of Swiss culture—in France it’s the Couteau Swiss, in Germany the Schweizer Messer, and to the English-speaking world it’s the Victorinox Swiss Army Knife—used by military programs the world over and given away as gifts to guests by the White House (Lyndon Johnson did it first).

Switzerland is not a country we associate with war. Nor is it a major steel-producing country. Yet the Swiss Army Knife, originally produced by a Swiss master cutler for the Swiss armed forces, is now recognized throughout the world. Like the Rolls-Royce or the Zippo lighter, it has become part of mythology, an icon that represents a standard of quality and versatility which has carried through from the nineteenth into the twenty-first century.

The basic design of the knife has changed little since Karl Elsener patented the first Swiss Officer’s Knife in 1897, but the context within which the knives are now used would have astonished him. Elsener’s knives have been used at the top of Mount Everest and on coral reefs; astronauts carry them in the Space Shuttle; and they have saved lives on the ocean, in the air and in the desert.

Charles Elsener, the fourth son of a hat-maker, decided not to enter the family business but to become a cutler. After serving his apprenticeship in south Germany, he opened his own business near Schwyz in Switzerland. Soon after, in 1891, he formed the Swiss Cutlery Guild with the main aim of producing soldiers’ knives for the Swiss Army, which had to date been bought from German sources. By the end of the year, the first batch had been delivered and Elsener’s plan proved a success—the first knife, known by name rather than type number—the Soldier’s knife—had a blade, awl, can opener, and screwdriver. Then the development started: as well as the simple Soldier’s knife he quickly developed the Student Knife, the Cadet Knife and Farmer’s Knife. Because the Soldier’s knife was heavy, Elsener developed the lighter Officer’s knife, with an added second blade and a corkscrew.

On 26 April 2005 Victorinox acquired Wenger, its historic rival and the other official supplier of the Swiss Army knife. It also started expanding its product range to include fragrances, travel gear, and watches. Victorinox has since licensed the Swiss Army brand and shield logo to companies producing watches, writing tools, luggage and clothing. Victorinox produces some 34,000 Swiss Army knives, 38,000 multi-tools, and 30,000 household, kitchen, and knives per workday. Approximately 90 percent of its production is exported to more than 100 countries.  With a wide reach and diverse product development, it's no wonder their knives are so popular.