PUBG will soon be getting some new features and improvements to the Sanhok map. The developers have been teasing the upcoming changes through short clips on Twitter and a recent 30 second clip, along with version 8.1 update patch notes, show off the reworked areas, an armoured truck, and a decoy grenade. These new features will be implemented as part of the 8.1 update in the PC version of the game on July 22 while the console version will get them by July 30.

As seen in the video tweeted by PUBG’s official Twitter account, some areas of the Sanhok map like the Cave, Ruins, and the Quarry, among others, have been reworked. The Quarry has got bridges for people to go across it as up till now, players had to go around or through it. A glimpse of the armoured truck can also be seen in the video. The mechanics and function of the truck, along with all the other changes, have been described in the patch notes for version 8.1 update coming to PUBG. The patch notes state that it will be a loot truck dropping small or large lootable containers as it is damaged. When destroyed, it will give a large amount of top-tier loot. 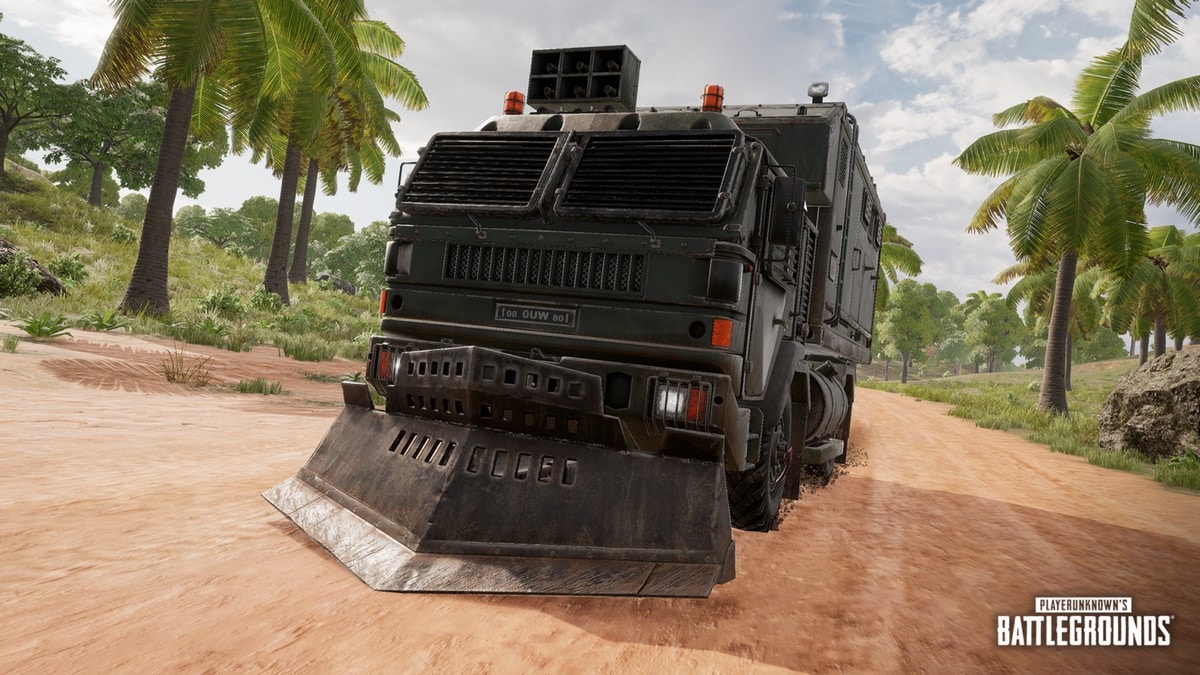 The armoured loot truck can be destroyed for exclusive loot

A new tactical weapon – decoy grenade – will also be introduced to the map. The decoy grenade, when thrown, creates sounds of gun shots and is used to distract enemies by making them think that combat is happening somewhere else. It looks like a regular grenade but has a yellow band across it.

There will be several other changes like remastered weather, map balancing, challenge missions, gas can improvements, and a lot more, coming with update 8.1 that will be available on live servers on July 22 and test servers on July 15.

The video also reveals that these new features and changes will come to the PC version of PUBG on July 22 and to the console version on July 30. Whether they will trickle down to PUBG Mobile as well, remains to be seen.